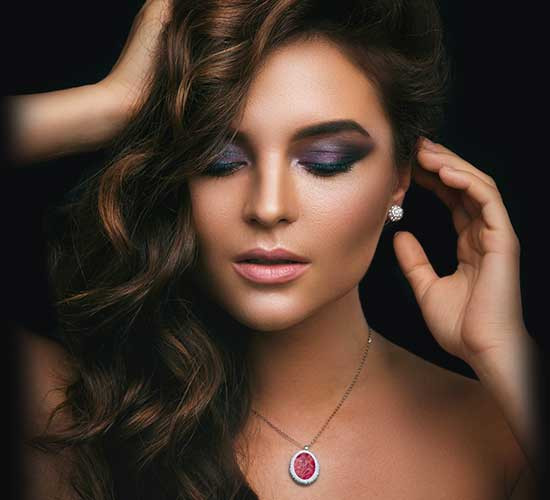 There are no products in this category

Search what you are looking for

We are introducing you to a natural wonder: this extraordinary red spinel from Tanzania, which is completely natural and has a "vibrant" pinkish-red colour, according to the Swiss laboratory GRS. Because of its incredibly sharp crystals, its name originates from the Latin Spinella, which meaning thorn. The mineralogist Jean Baptiste Louis Rome de Lisle discovered spinel as a separate gem from ruby in 1783, and his discovery heralded the beginning of modern gemology. The earliest known Spinel was discovered in a Buddhist tomb in Kabul, Afghanistan, about 100 BC. In England, blue sapphires from the Roman period, which lasted from 51 BC to 400 AD, have been discovered. Spinel is the word given to red stones that have been mistakenly identified as rubies throughout history. The origin of the name is unknown; however, it is assumed to derive from the Latin word spina, which means "Little thorn," and might relate to the sharp points seen on spinel crystals. Known as a magnet stone, which literally means guiding stone, sailors utilized this type of spinel to magnetize their compasses, which they utilized as a guide during their voyage at sea, as early as the 11th century. When sailors began to trace the path of their travels and construct the first maps of the world, this also marked the beginning of the art of cartography. When paired with Lapis Lazuli or Black Sapphire, the most powerful protection stone is created.

On the gemological side

The hardness of the red spinel pendant is an exceptional 8 on the Mohs scale. This hardness is a desirable trait since it resists shocks, allowing it to be used in a variety of jewellery applications, most notably as an engagement ring or a future pendant. Red spinel pendant is naturally untreated, and heat treatment does not improve its look; nonetheless, be wary of con artists. Synthetic stones made using the Verneuil technique (the most prevalent) or the anhydrous variety abound on the market. The stone is a magnesium aluminate with the same iron and chromium content as a ruby, giving it a gorgeous red colour that is occasionally somewhat orange. Even in weak light, the brilliant colour, a beautiful mixture of red, pink, and orange that shines like a blazing ember, is a sight to behold. The 4.06-carat spinel is an extremely uncommon stone that has been used to make a very magnificent ring. It may also be used as a pendant for a red spinel. Intense red spinels – strangely unknown and yet adorning the English crown (but long mistook for rubies) - are, of course, accessible in more acceptable sizes, at more moderate rates, while preserving their intensity and flamboyance. Use a crimson spinel for your pendant since its rarity will increase its value.

Virtues and benefits of your Red Spinel Pendant

The red spinel pendant is a protective stone with a lot of energy. It's utilized to provide the body energy and to remove physical energy blockages. On all sorts of bodily inflammations, this gemstone has a relaxing effect. It helps people heal faster from many types of movement-related disorders, such as joint, bone, and muscle pain. The stone will truly provide the user strength and renewed vitality, as well as boost their self-healing abilities, helping them to deal with arduous work and defend themselves from disruptive influences in the environment. Wearing a red spinel pendant will provide you with protection and renewal, as well as re-energizing all areas of your being. It is, in fact, a fantastic stone for those who are overworked. It is therefore known to provide physical strength and vigour to the body, which can be beneficial in boosting a person's energy levels during times of tiredness. The Red Spinel Pendant will aid in the relief of tension and anxiety, as well as the replenishment of low energy levels. This Spinel stone will help you to be more creative. Money, fortune, and abundance can be attracted by wearing the stone. It is a protective stone that will also give you fresh hope. This stone's energies will assist you in developing new ways of thinking and giving you the strength to face life's obstacles.

The red spinel pendant is a stone that is linked to the astrological sign of Cancer. Cancer, when influenced by the Moon, may appear unusual to those who are used to more direct methods. Cancerians, on the other hand, are not frigid or distant; they simply need to get to know you, so they won't be rejected. They are also predisposed to psychic powers, which they can cultivate throughout their life if they so want. Wearing a red spinel pendant absorbs bad energy, absorbs pain, and acts as a true shield. The most efficient protective stone is red spinel. Discover our custom-made jewelery handmade in Paris.