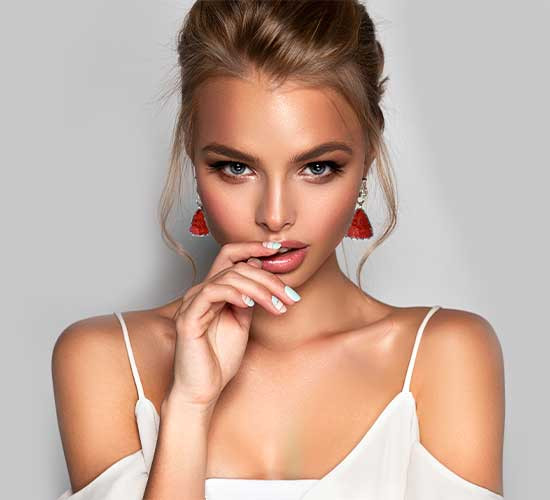 The red colour comes from chromium (Cr), which is present as a trace element, while the blue colour comes from iron (Fe) or cobalt (Co). It has a chemical structure that is quite close to corundum. The Red Spinel earring is seduced by its delicate, glittering, and contemporary character, which is inspired by Roman roots and then converted into a symbol of elegance and modernity. The circular inscriptions seen on ancient coins may have influenced the forms. Find out what Maison Jaubalet has to say about red spinel earrings.

There are no products in this category

Search what you are looking for

Etymology and virtues of the Red Spinel

The late-appearing name spinel is said to stem from the Latin spina, which means "thorn," in reference to the octahedral points that distinguish it from the rough crystal of red corundum, "oriental red": it was the "little red thorn." Rubicelle is a diminutive of rubace, which comes from the Latin ruber, which means "red" (do not confuse "rubace" and "rubasse"). Red Spinel, sometimes known as red diamond, has been associated with the warrior caste in India since antiquity. It was discovered in the diamond-bearing sands of the Penner River (west of Madras), in the Balaghat area ("beyond the Ghats," a mountain range in south-east India), which was captured by Haydar 'Ali in 1780 and eventually called Hyderabad in his honour. Stone is extremely rare and difficult to get by. It would be best put as a stone of protection to send the most powerful negative, such as black magic, back to the darkness. Because of its vivid and vivid red colour, the noble red Spinel is sometimes mistaken for the Ruby. This demonstrates its effectiveness in reducing our vulnerability to shadow assaults. Spinel, like Black Tourmaline, Shungite, and other stones, provides a stronger grounding for dreamers. Better grounding is being more aware of what is going on around you and inside you, as well as better living in the present moment. For people who have trouble finishing projects or tasks, this tool can assist them in getting to the conclusion of them (to be worn in the trouser pocket and placed at the level of the Root Chakra, when lying down).

The colour and saturation of a gemstone (or semi-precious stone) are highly essential aspects in determining the value of the stone, as they are with most gemstones (or semi-precious stones). The most coveted colours are the brilliant red created by chromium (akin to ruby), the blue naturally coloured with cobalt, and the vivid pinks and oranges. The clarity of the stone has a significant impact on the pricing. Inclusions in red spinel earrings can be seen with the naked eye or with a magnifying lens. The value of stones with no apparent inclusions is higher than the value of stones with obvious inclusions. The quality of the cut will also have a significant impact on the stone's overall look and value. A well-carved stone with ideal proportions is far more attractive and stunning than a poorly cut stone. Some lapidaries prefer a bigger, but less well-cut stone to a better cut, but somewhat smaller stone. We will then be able to see and even read through it since the light is not reflected well enough inside the stone. Due to the scarcity of spinel, bigger stones will not be cut to typical market proportions but will instead be cut to maximize the rough output. Finally, the price of your red spinel earrings will be determined by the size of the stone. A huge spinel rough is required to cut a huge, faceted stone. The greater the rough, the more difficult it is to find. When fine grade red, blue, and pink spinels reach a weight of over 5 ct, the price per carat increases dramatically. When determining the worth of red spinel earrings, we must, of course, consider all factors. Personal preference or fashion can also have an impact on the market and, as a result, the value. The stone's geographical provenance might potentially enhance value.

If you opt for synthetic Red Spinel Earrings

The Verneuil technique produces synthetic spinel with a greater magnesium concentration than natural spinel, giving it a higher refractive index (1.72 to 1.73). The annealing process eliminates the curved regions of development and deforms the "caught" gas bubbles, causing them to take on angular shapes. Synthetic spinels, with the exception of red, are meant to resemble other gems of all colours (it is very difficult to obtain a Verneuil ball of red synthetic spinel). As a result, they can be found in costume jewellery in colourless (for diamond), pink (for kunzite), yellow (for topaz), and blue (for sapphire) (for aquamarine). Colourless synthetic spinel was also used to make doublets that looked like emeralds and other gemstones. Anhydrous and hydrothermal methods have been used in Russia since 1994 to manufacture exceptionally clean synthetic spinels in both red and blue colours. It has a very convincing appearance. To identify this gemstone, gemologists and appraisers have a variety of tools at their disposal. Natural spinel and manufactured spinel may be distinguished under the microscope by inclusions such as "healing frosts," solid or octahedral inclusions, which can be found individually or in groups.

The biggest resources are in Sri Lanka and Myanmar, although it is also mined in Afghanistan, Australia, Brazil, Nigeria, and the United States; spinel is frequently found in the same deposits as corundum. The faces of spinel are commonly found in the shape of octahedra, and the surface of the faces seems to be polished.